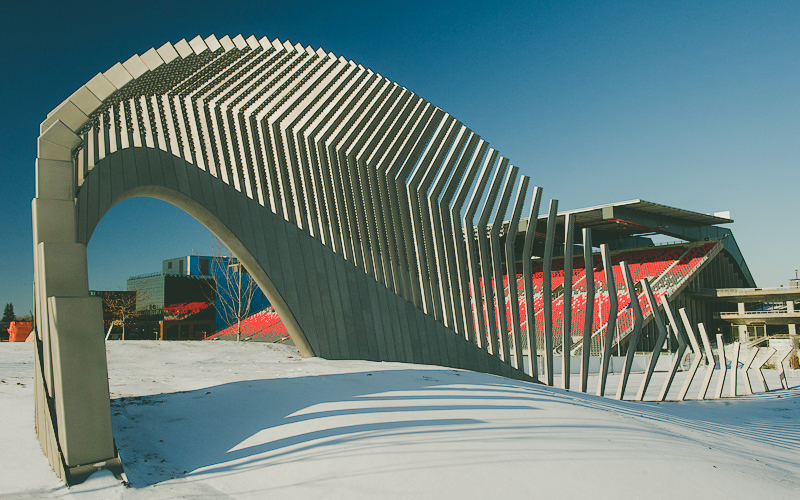 Moving Surfaces
2014 – Jill Anholt Studio for the City of Ottawa 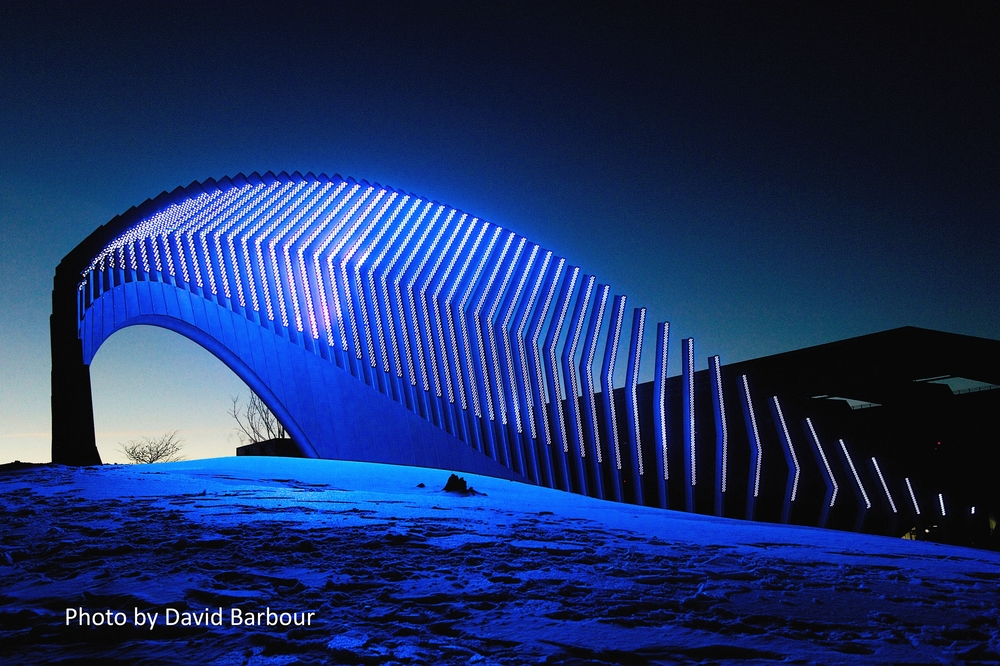 LEDs integrated into the front face of the sculpture exhibit a light work created by the artist, inspired by a timeless journey along the Rideau Canal. 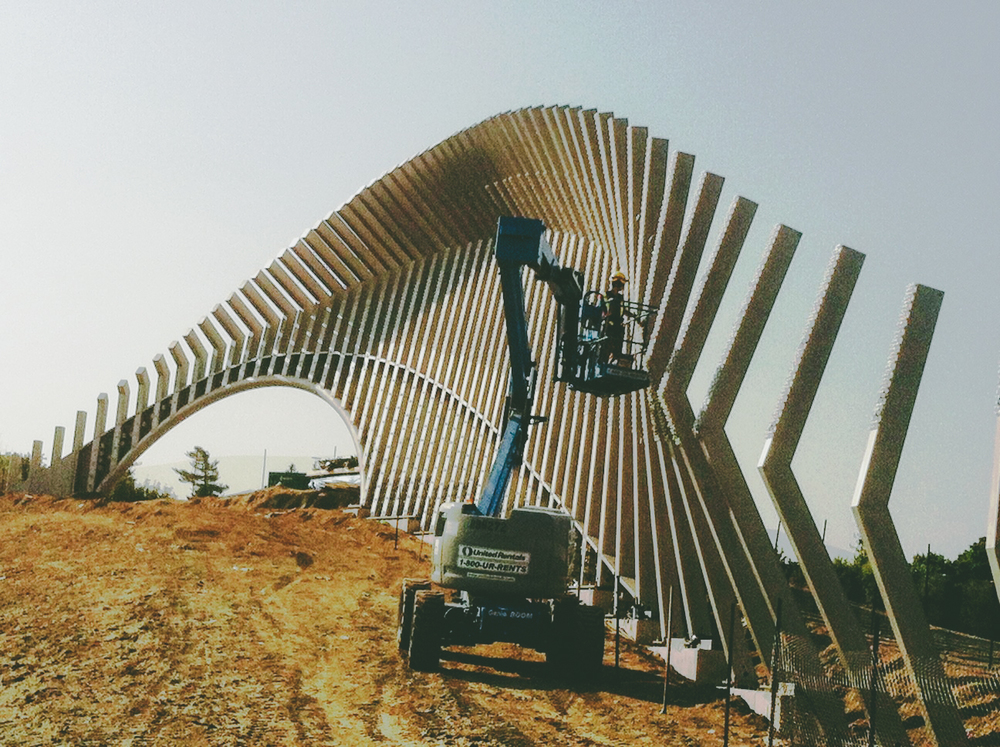 Moving Surfaces
Inspired by the park’s history and culture that are inextricably linked to moving water, the work is composed of a series of steel shapes that bend and fold in a manner reminiscent of the flow of water itself. 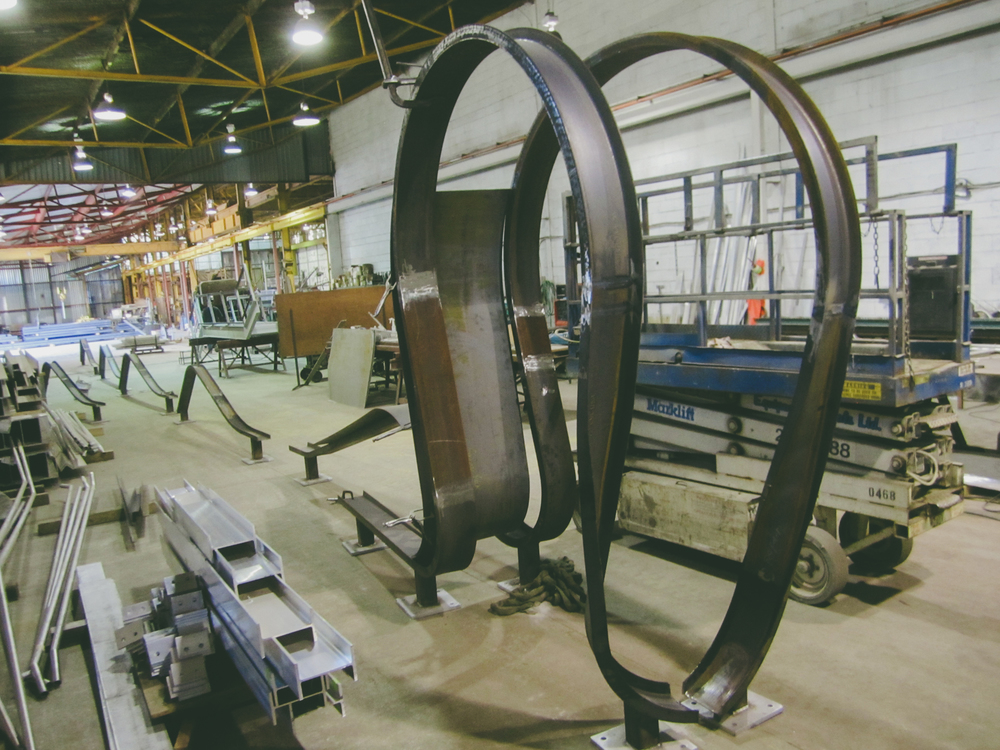 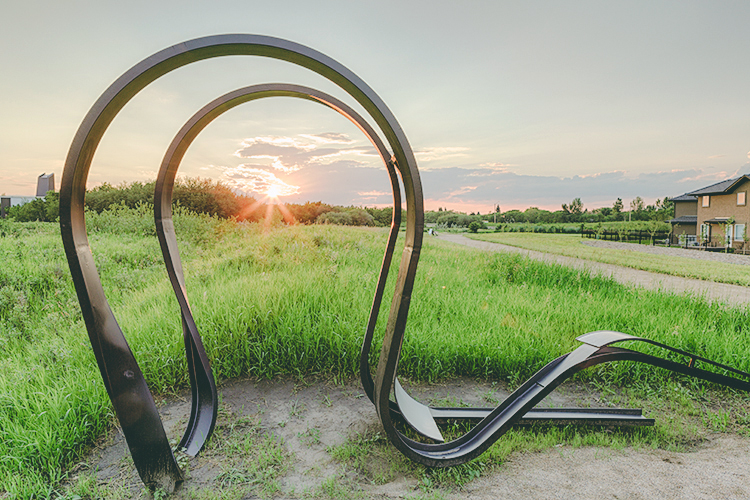 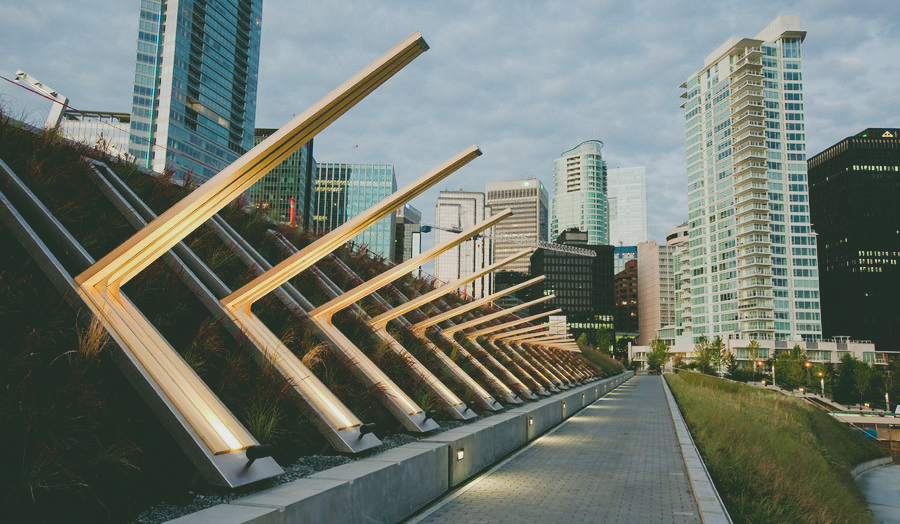 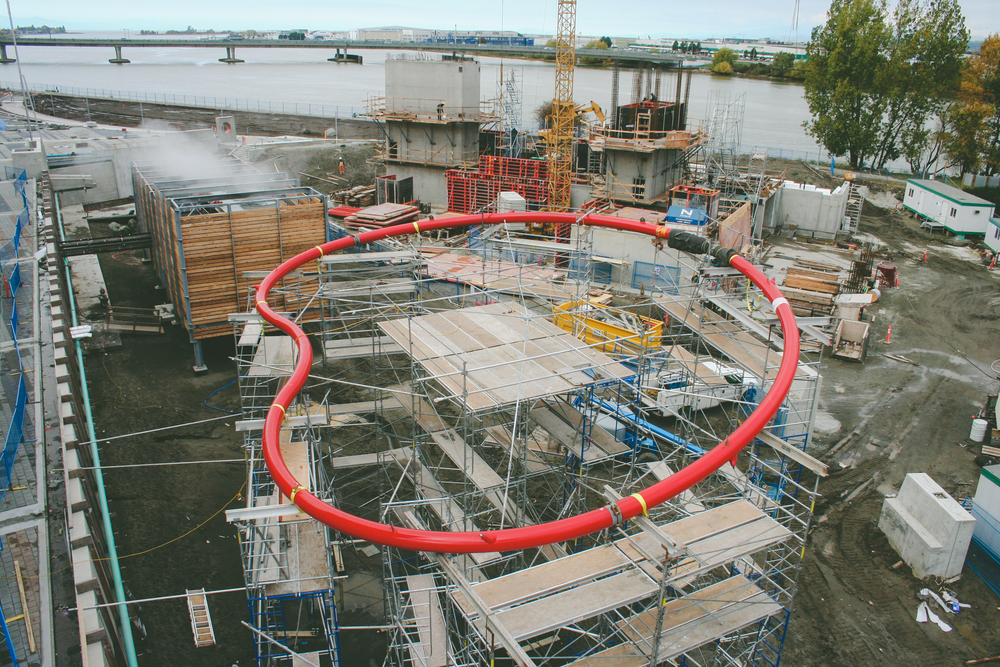 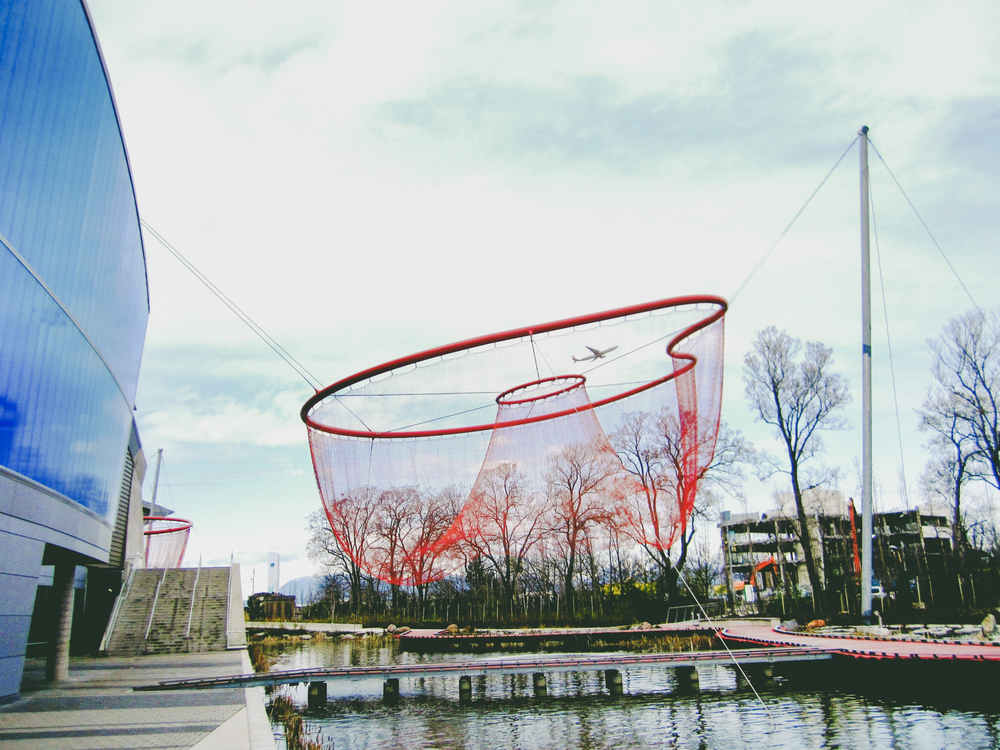 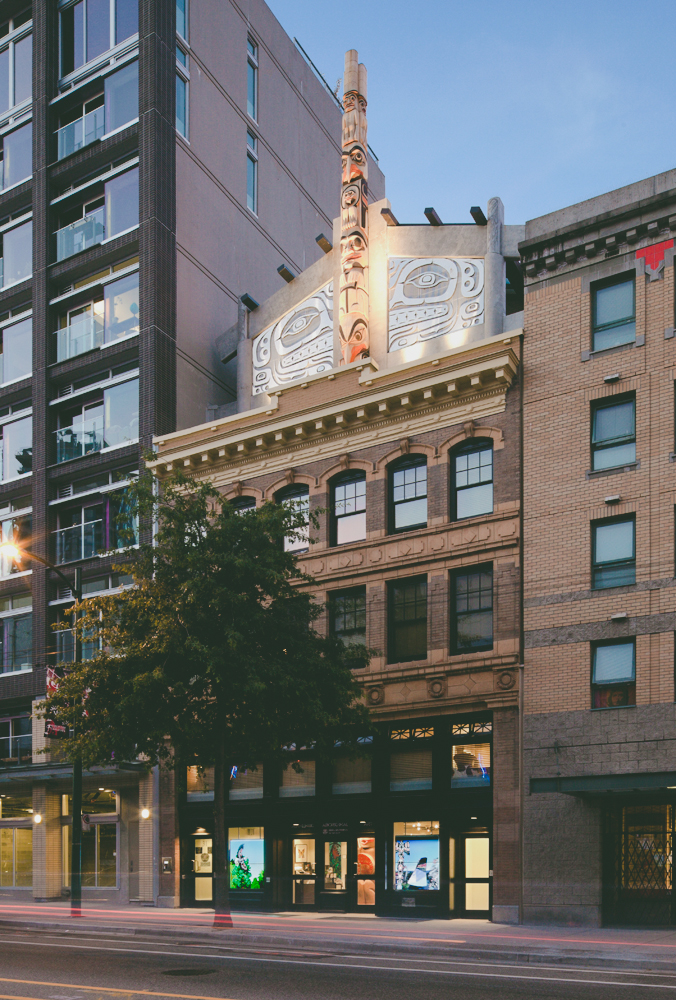 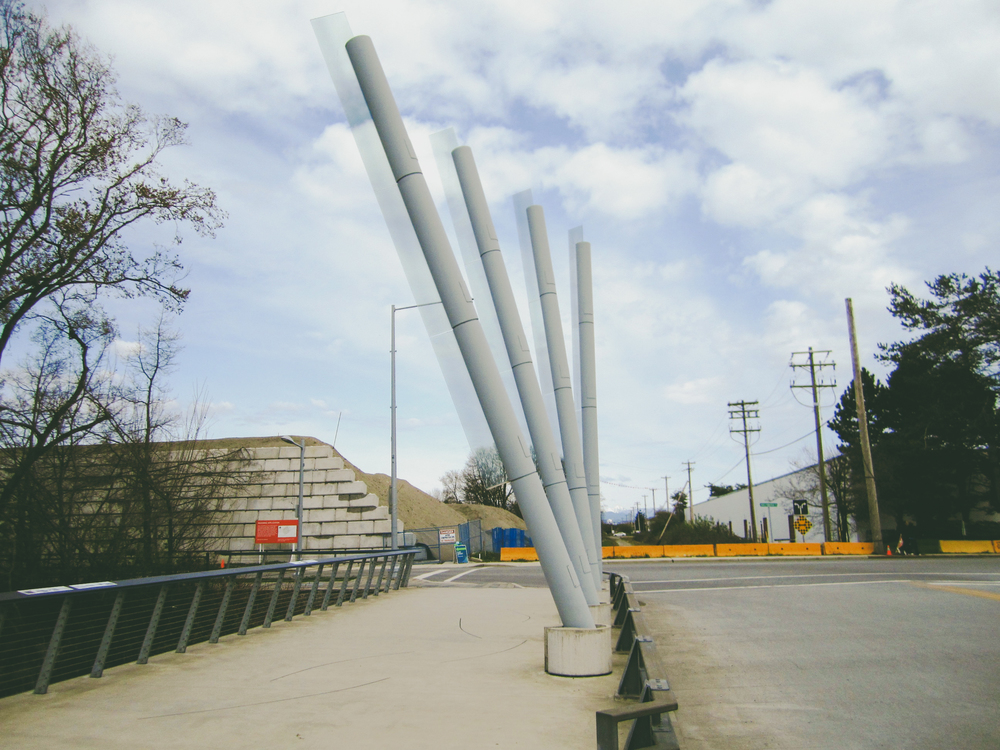